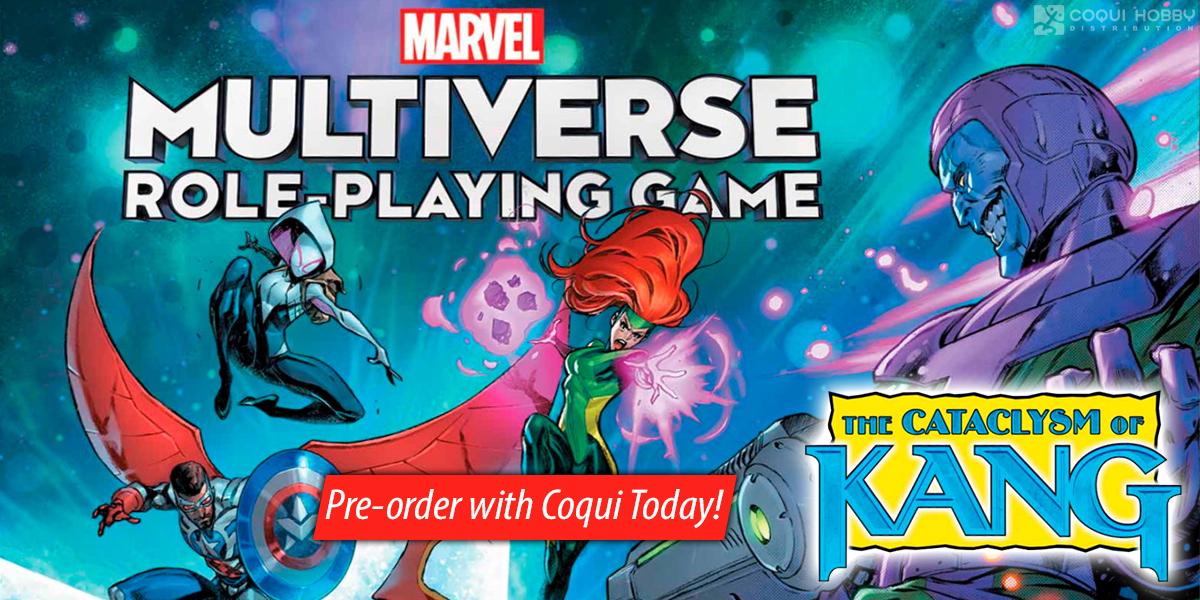 Written by d616 System co-creator and New York Times-bestseller Matt Forbeck (The Marvel Encyclopedia, Dungeons & Dragons: Dungeonology) and packed with illustrations by Marvel’s incredible army of artists, The Cataclysm of Kang features a series of six linked adventures, one for each Rank of characters, 1 through 6. Play through with a new team each time, or form a campaign that takes players from street-level heroes to cosmic champions. The book also includes dozens of brand-new character profiles for use in your game. Your adventures in the Marvel Multiverse start now!