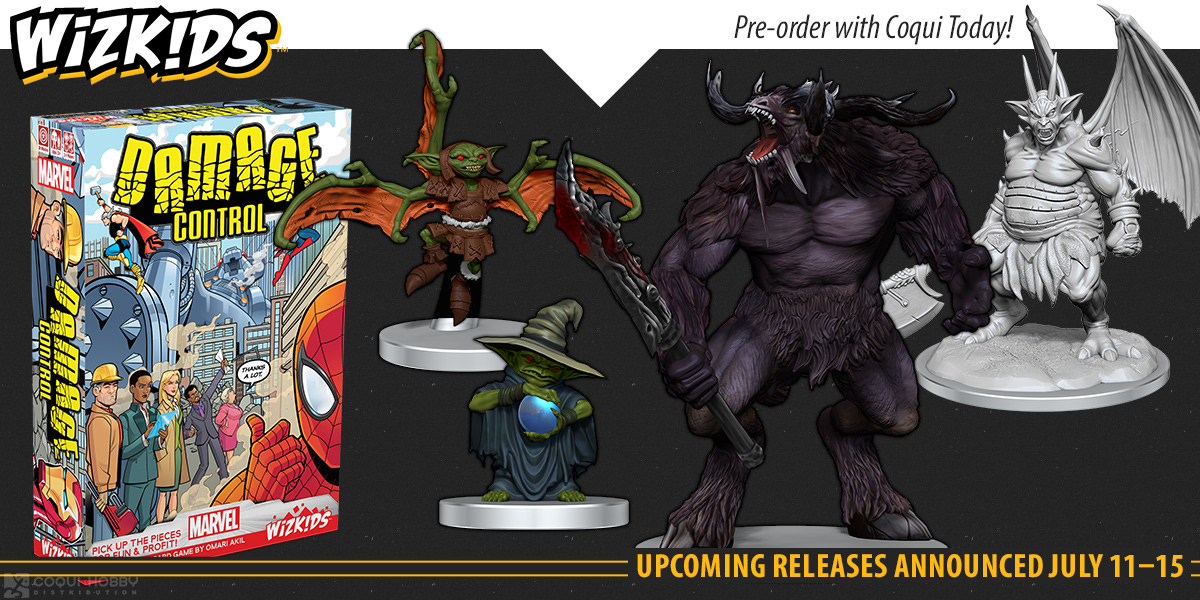 Civilization is weakness, and savagery is strength in the credo of Baphomet, the Horned King and the Prince of Beasts. He rules over minotaurs and others with savage hearts. He is worshiped by those who want to break the confines of civility and unleash their bestial natures, for Baphomet envisions a world without restraint, where creatures live out their most savage desires. 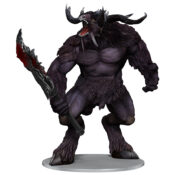 This impressive miniature stands just below 4.5 inches tall on a 75mm base. Baphomet is featured in both Out of the Abyss and Decent into Avernus and would make a great addition to either of these fantastic adventures or as part of a growing collection. Get your own Prince of Beasts today!

Thanks to this all in-one kit, your customers will be able to attack this miniature like a painting pro and bring the foul dwarf to life! It’s specially designed to help painters at all levels, and it includes high-quality paints from Vallejo, providing access to an expert, step-by-step tutorial by Den of Imagination for you to share with your customers. It’s everything you need to make this Paint Night Event a success for you and your customers! 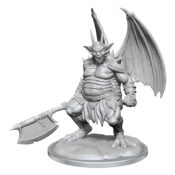 Hurry! Make sure to get your orders in today to take advantage of a whole new way to share the miniature-painting experience with your clientele.

WizKids, the industry leader in quality pre-painted plastic miniatures, is pleased to bring their latest fantasy miniatures series to life: Vanguards! Pathfinder Battles: Goblin Vanguard contains six of the iconic Pathfinder foe for your adventurers to battle or use as their own goblin heroes! Game Masters can quickly build new encounters for their players with the awesome mix of goblins, to keep play sessions exciting over multiple campaigns. With its non-blind packaging, building an Goblin army is quick and simple!

Goblins have never been easier to bring to the tabletop, with the all-new Vanguards! This set contains: Goblin Champion, Goblin Cleric, Goblin Investigator, Goblin Wizard, Goblin Rogue, and Mutant Goblin.

After the dust settles, someone needs to pick up the pieces. In Marvel: Damage Control, that’s where you come in! With exciting and intuitive gameplay from Omari Akil, you and your friends will compete to become the most successful of Damage Control’s cleanup crews. Marvel’s strongest heroes and most powerful items are in the mix, brought to life with all-new art from Darren Calvert!

You’ll use your deck of Damage Control employees to demolish, uncover, and collect the Rubble cards in search of valuable items, which you will then add to your deck. You can use the items’ powerful abilities to make your deck stronger and more effective or send them to your vault to keep them safe and earn victory points. Be careful, though! Only the items stored in your vault will score points in the end, so don’t hold on to them for too long!

As members of the organization in charge of processing the zone of destruction, you’ll also have to deal with various claimants—people showing up after the battle to complain about traffic or do their own scavenging. Some rubber-necking citizens are just hoping to catch a glimpse of one of the heroes or villains involved! 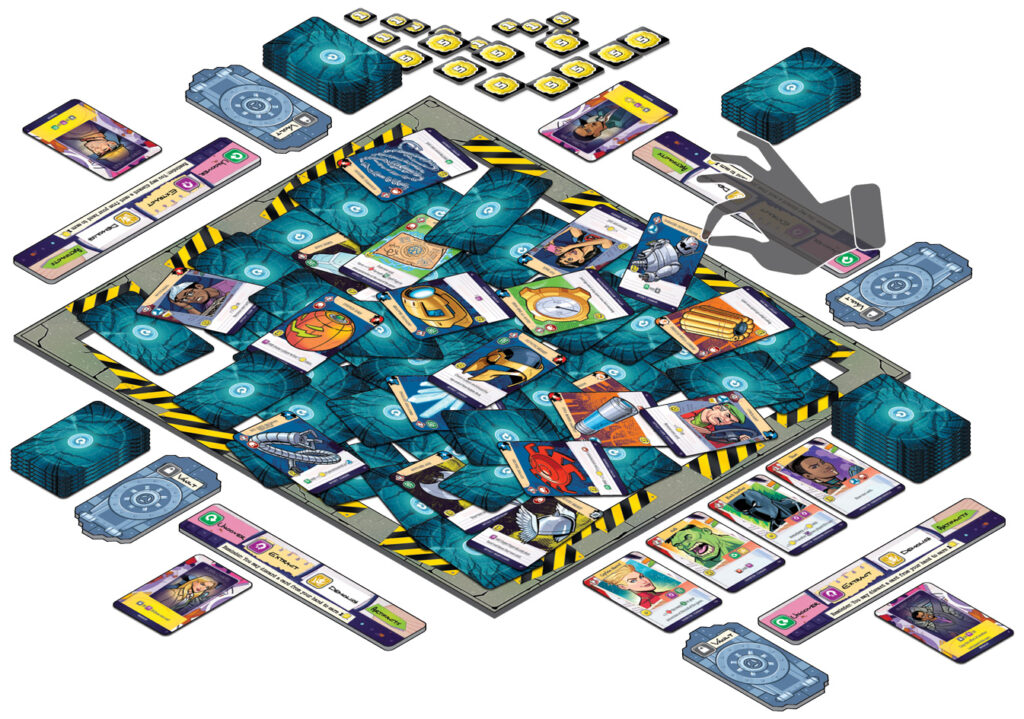 Heroes such as Captain America, Shang-Chi, Black Widow, and more will appear in the form of the Character deck. These heroes provide effects and victory points to the Damage Control teams that manage to enlist their help. The game also features four modules: Mighty Asgard, Mystical Manipulation, Pym Tech, and Vibranium Synthesis. For each game, you’ll pick two modules to mix into the standard Rubble and Character decks, creating a variety of stories, strategies, and gameplay options! As the Marvel Universe’s leaders in cleanup and reconstruction, your team is sure to wreck the competition! 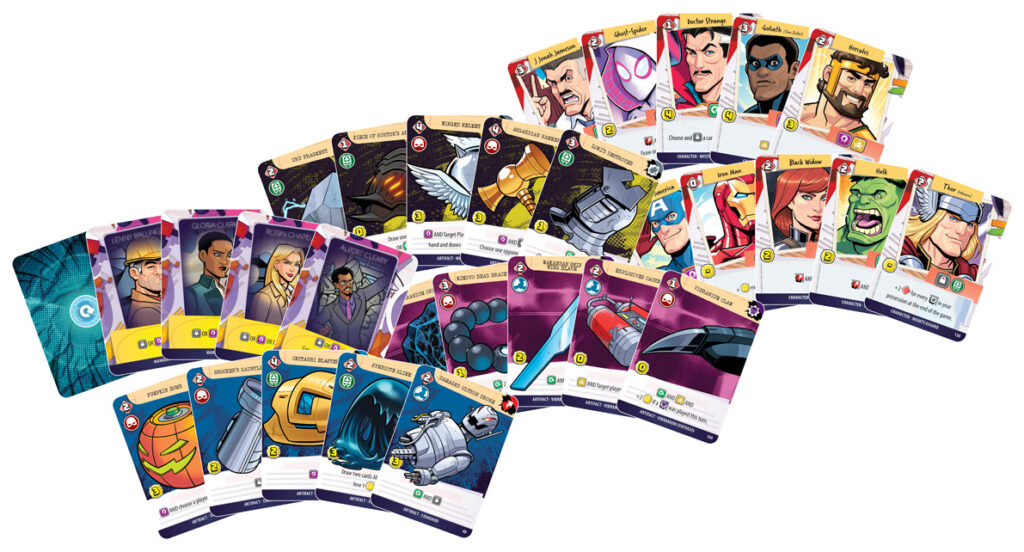