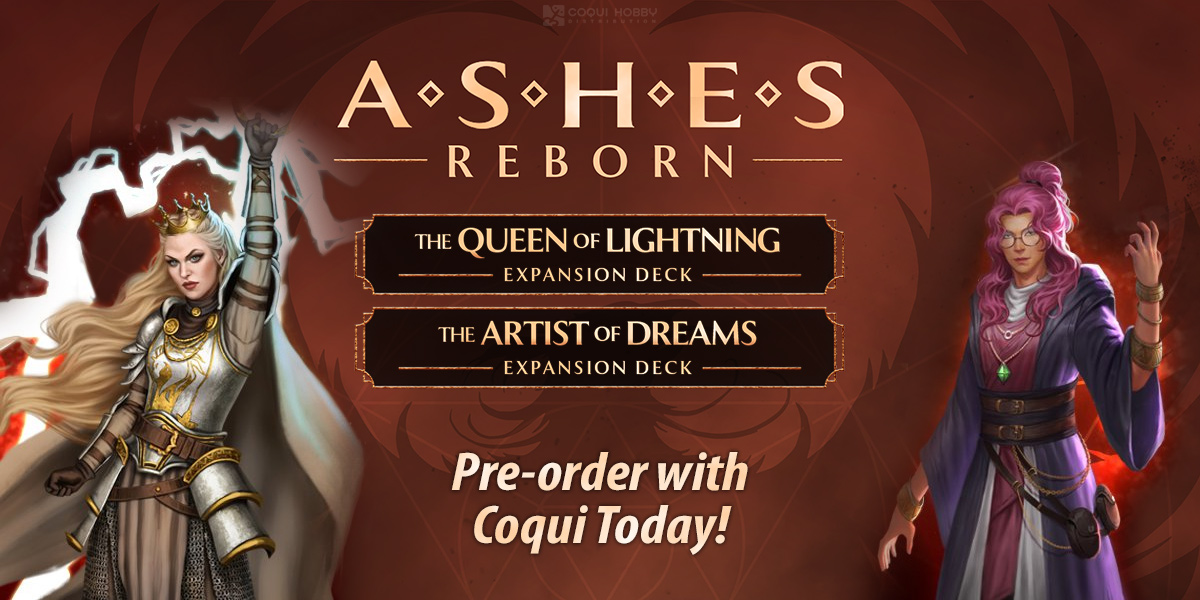 Ashes: Rise of the Phoenixborn is a two-player expandable card game in which players take on the roles of Phoenixborns, demi-gods and protectors of this world. These characters are the great saviors of their civilizations. Ashes Reborn released in 2021 and features the same Phoenixborn as in the original Ashes with the same cards, but some cards have been modified to balance them. The rules have undergone a few changes as well, mostly to clarify powers.

Dimona Odinstar was a promotion Phoenixborn in the original Ashes, but she now gets a brand new feature appearance with her own standalone deck—alongside the new Phoenixborn Hope Everthorn—in these upcoming decks.

The Queen of Lightning

Dimona Odinstar uses divine and time magic to lead her army of knights into battle, moving with the speed and ruthlessness of lightning itself! Mount units return! Take to the skies with Dimona’s signature Empyrean Mount. Use this prebuilt deck to take down your opponents, or combine Dimona’s cards with your favorite Ashes spells and allies to customize a new deck.

The Artist of Dreams

Hope Everthorn uses illusion and time magic to sculpt the dreams of their foes, challenging their notions of reality and fantasy! Use Hope’s duplication abilities to swarm foes with conjured spirits! Use this prebuilt deck to take down your opponents, or combine Hope’s cards with your favorite Ashes spells and allies to customize a new deck.