Easy reference to a range of gear helps keep Shadowrun games moving, and this deck of items selected from Double Clutch and other Shadowrun books provides easy reference to dozens of vehicles and drones for quick player and gamemaster use. It contains 55 cards, with items selected from a range of Shadowrun books. Each card has a picture of the item and game stats. It works with Double Clutch and is useful for any Shadowrun player or gamemaster that uses vehicles or drones. 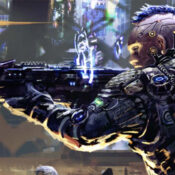 The Clan Heavy Battle Star is a collection of five plastic miniatures for use in the classic BattleTech tabletop and Alpha Strike games. The box also provides five dry-erase cards, which are intended to directly support Alpha Strike gameplay, and five new Clan Pilot cards. 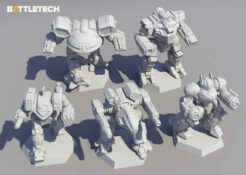 The Inner Sphere Striker Lance is a collection of four plastic miniatures for use in the classic BattleTech tabletop and Alpha Strike games. The box also provides four dry-erase cards, which are intended to directly support Alpha Strike gameplay, and four new Clan Pilot cards. 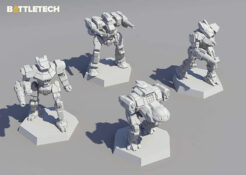 Add new dimensions of warfare to your BattleTech games with the Battlefield Support Deck, which consolidates the popular Battlefield Support rules from BattleMech manual onto easy-to-use cards. This deck includes 55 cards that include the rules needed by one side in tabletop play. It includes artillery, aerospace strikes, minefields, and other non-BattleMech tools of war. Out-strategize your opponents with a multitude of options at your fingertips! 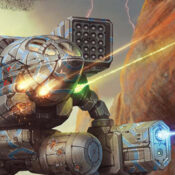 The Metal Realms are besieged. Packs of savage beasts stalk the wilderness. Parades of disquiet dead stirred by baleful magics haunt the nights, enacting terrible vengeance upon the living. Hordes of Orruks, Grots, and Gargants rampage unchecked, driven by little more than destruction and despoilment for their own amusement. And the innumerable servants of the Ruinous Powers that once brought about the end of the world take root wherever mortals tread. The realms are rocked by never-ending conflict and nowhere is truly safe…

Explore a system forsaken by the Great Rift. Cut off from the might of the Imperium by the Great Rift, and beset on all sides by the daemonic forces that emerge from the tear in reality, the Gilead System stands as a bastion of faith in the Emperor. Unable to call for reinforcements or escape the System, the citizens of these planets fight to preserve the Imperial Creed as they battle back the vile xenos, corrupted renegades, and foul daemons that assail them. But even as the Imperium’s diverse factions unite in this time of desperation, the rifts between them grow. With the Emperor’s watchful gaze obscured by the Great Rift, powerful opportunists pursue their own goals, and reignite old rivalries. The grim worlds of the Gilead System are rife with intrigue, betrayal, and secretive plots.

From the snowy peaks to the volcanic wastelands, BarBEARia’s villages are filled with warrior bears in competing villages. Their goal is to have their praises sung loud and long thanks to their mighty deeds. At the very least, they want to outshine the other villages. But winter is long and cold and sleepy, so every village must strive to do their BEARy best before then!

Roll dice to determine your BEAR allotment. Place them on your Village Board behind your unique village screen. Level up on the victory track when you send your bears adventuring, raid a neighBEAR’s village, or gather resources. At the end of autumn, the player with the most Glory gains bragging rights and sweet honeycomb dreams.

Foul pollution blights the beautiful lands of Barbearia. Impossibly sticky and unnaturally sweet, this darkness corrupts anything it comes in contact with. The once lush landscapes are becoming tainted with an irresistibly delicious slime, and bears who fall to temptation are transformed into ravenous abominations.

The Horde — Rampaging bears who have become mutated by the darkest magic in the known universe: candy! These mindless monstrosities have begun invading the realms of BarBEARia, governed only by their insatiable cravings.

Heroes — Powerful new allies you can recruit for battle. As grizzled veterans of war and adventures, these heroic bears are more powerful than your average barbearian.

Alice Cooper written and approved! HorrorBox is sure to give you endless amounts of laughs about all of your favorite things horror. It’s filled with 420 cards of spooky questions, answers, and dares. Call all your fellow goblins and ghouls for game night, and talk about why you all secretly think Freddy Kruger is hot! 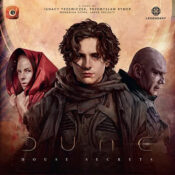 The king is hungry! The problem is, he’s not sure what he wants. In fact, he’s never sure what he wants. The best he can ever do is let the local chefs know that today he’s feeling kind of “gourmet… and… Ogre… ish…” or “something quick… and… Dragony…”

Whether you’re serving up a Pegasus Pot Pie, Fairy Kabobs, or a bowl of steaming Mermaid Chowder, match closest to what the king wants (or at least sabotage the other chefs) and be named the Realm’s Top Chef!